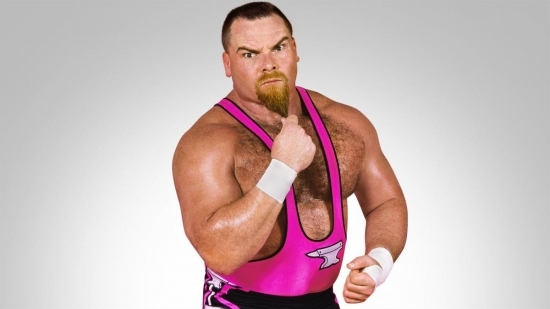 It was announced today that former WWF World Tag Team Champion, Jim “The Anvil” Neidhart passed away today at the age of 63. According to Ross Hart the cause was a seizure, which was brought on by complications from Alzheimer’s Disease.

Neidhart was a shotput specialist on the national level and played football and was good enough to be invited to both the Dallas Cowboys and Oakland Raiders pre-season camps, though he failed to make either team.

Like many football players, Neidhart got into professional wrestling and trained under Stu Hart in Calgary, where he would work for the promotion for four years. He would earn the nickname of “The Anvil” for entering an anvil toss contest at the Calgary Stampede. Neidhart would begin working for other promotions (Georgia Championship Wrestling, Mid South, Championship Wrestling from Florida, New Japan) and he would join the World Wrestling Federation in 1985 after Stampede was sold to Vince McMahon and he was part of that deal.

Neidhart began his WWF run as a single under the management of Mr. Fuji but that would quickly change when his contract was sold to Jimmy Hart and he would later be paired with Bret Hart to form the Hart Foundation. The tandem would wrestle in the mid card for two years until they won the Tag Team Championships from the British Bulldogs in early 1987. They would hold it until November of that year until they lost it to Strike Force (Rick Martel & Tito Santana) and for the period between Wrestlemania IV and Wrestlemania VI they would continue to team up though they both pursued solo careers at the same time. They would regain the Tag Titles at Summer Slam 1990 and would lose it to the Nasty Boys at Wrestlemania VII and shortly after the team split for good with Bret Hart embarking on a successful solo career and Neidhart going on a different path.

The Anvil would try his hand at commentary, which was not really his forte and he would return to form a tag team with Owen Hart as the “New Foundation”. The new tag team didn’t go far as he was fired for unprofessional conduct. Neidhart would work in the indies and briefly in WCW and would return in 1994 again at the side of Owen during his feud with his brother Bret. Neidhart would receive World Heavyweight Title shots against Bret in ’94 was he was fired shortly after for no-showing events.

He would return in 1996 for a brief run as the masked “Who”, but in 1997 he was back on the roster with the five man Hart Foundation, though following Bret’s departure to WCW, Neidhart and Davey Boy Smith would follow their brother-in-law to Atlanta, though Neidhart was basically used as enhancement talent.

Neidhart would suffer from drug addiction in his later years and would be in and out of rehab. He would also make appearances on Total Divas with his daughter Natalya, who has been with the WWE for the last ten years.

We here at Notinalloffame.com would like to extend our condolences to the family, friends and fans of Jim “The Anvil” Neidhart.

More in this category: « Willie Mays endorses Barry Bonds for the Baseball HOF The University of Colorado announces their next athletic HOF »