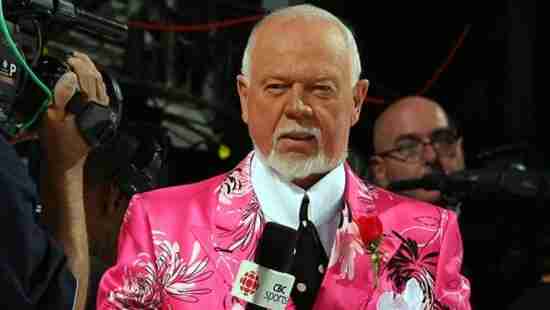 We here at Notinhalloffame.com have always been huge advocates of Don Cherry gaining induction into the Hockey Hall of Fame, though we have to give the bombastic hockey analyst credit, as he doesn’t promote himself for the Toronto based institution. That doesn’t mean that he isn’t vocal about whom he thinks should be inducted, and who shouldn’t have been.

Cherry’s wrath was directed towards former Red Army player, Alexander Yakushev who surprisingly was chosen. He had this to say:

"I am really upset at Yakushev. Absolutely ridiculous that he's in and Henderson's not. What he did in Russia over there, it was fantastic. To think that they put in the two losers (Yakushev and Tretiak), and they keep out the Canadian winner? I guess that's a little tough but that's the way I feel."

Seemingly this is less of a shot of Yakushev’s selection than it is of championing Henderson’s cause, but with all due respect to Cherry, any shot at Vladislav Tretiak not being Hockey Hall of Fame worthy seems wrong.

For what it is worth in our last Notinhalloffame.com hockey list, we had Paul Henderson ranked #21 on our last ranking. That will be updated shortly.