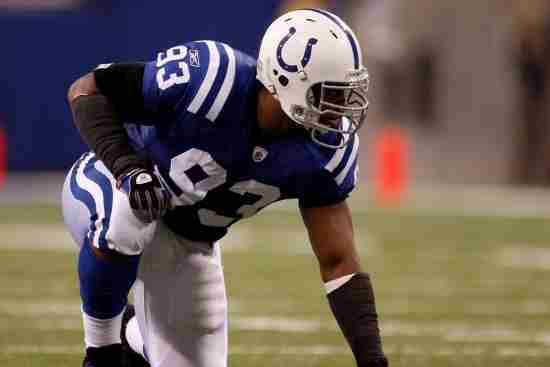 We have another major football retirement worth discussing and pass rusher extraordinaire Dwight Freeney is calling it quits. The Defensive End signed a one day contact with the Indianapolis Colts so he could retire with the team where he had his greatest success.

Selected 11th overall by the Colts in 2002, Freeney would become a starter midway through his rookie season and was the runner up for the Defensive Rookie of the Year. Notably, he would record 13 Quarterback Sacks and his elite spin move would baffle offensive lines and he would quickly become known as one of the top pass rushers. The next season, Freeney would again record more than 10 Sacks (11) and would go to his first Pro Bowl. The next two seasons were even better as not only was he named a Pro Bowler but also a First Team All Pro. His 16 Sacks in 2004were enough to lead the NFL and in 2006 he would help the Colts win the Super Bowl.

From 2008 to 2011 Freeney would be named to the Pro Bowl, netting him seven trips in total. The 2009 season would also be his third selection as a First Team All Pro. The Colts would not resign Sweeney after the 2013 season and he would spend the next four years playing for the San Diego Chargers, Arizona Cardinals, Atlanta Falcons, Detroit Lions and Settle Seahawks.

Dwight Freeney retires from the National Football League with 125.5 Sacks, enough for 17th all-time. He will be eligible for the Pro Football Hall of Fame in 2023 and should receive Hall of Fame consideration and he will definitely land a solid spot on out Notinhalloffame.com Football list.

We here at Notinhalloffame.com would like to thank Dwight Freeney for all of the gridiron memories and we wish him the best on his post-playing career.

More in this category: « The New England Patriots Hall of Fame announce their Finalists Matt Serra to the UFC HOF »