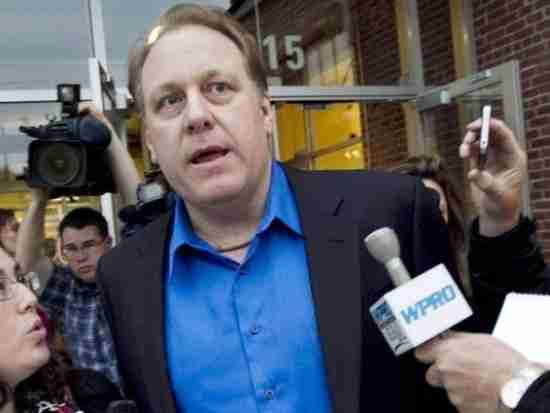 Boston Herald columnist, Dan Shaughnessy stated that he would not be voting for Curt Schilling following a tweet in which he captioned “Ok, so much awesome here…” while taking a picture of a man wearing a t-shirt that read, “Rope. Tree. Journalist: Some Assembly Required” at a Donald Trump rally.

It would appear that this is not the only reporter with a Baseball Hall of Fame ballot that may not be voting for Curt Schilling.

Jon Heyman, who works as an insider for MLB Netowrk and for the FanRag Sports Network spoke to the SportsHub on 98.5 in Boston and had this to say:

I dealt with [Schilling] and did not like him personally, but that doesn’t come into play. I usually like the guys but I’ve voted for a few people I do not like. I do not like Curt Schilling, at all.  It has nothing to do with his political views; it’s about character and integrity.

There is a line there to me and he crossed that line by espousing lynching. He did many things before that, and many of those things got him fired at ESPN. I was willing to ignore all of those things, but I can’t imagine why anyone would espouse lynching.  I don’t know what he believes. I saw him with some hateful rhetoric on TV and then he went and added this to it. If you think that’s a joke, it’s not a very good joke and it seems to line up with things he espouses.

If someone else wants to just look at his baseball career, I’d certainly understand that. To me, he belongs in the Hall of Shame.  I understand if you want to not count character and integrity. If you want to say it only applies to his character as a ball player, that’s fine. But to me, he’s crossed the line and I would not feel good voting for him.”

Schilling did go over the half way mark in votes but both Heyman and Dan Shaughnessy might represent a backlash of writers upset with Schilling’s latest comments.

Didn’t this Baseball Hall of Fame Vote get even more interesting?

More in this category: « The 2021 Football Futures are now up! Bud Selig & John Schuerholz to enter the Baseball HOF »