One Less Vote for Curt Schilling 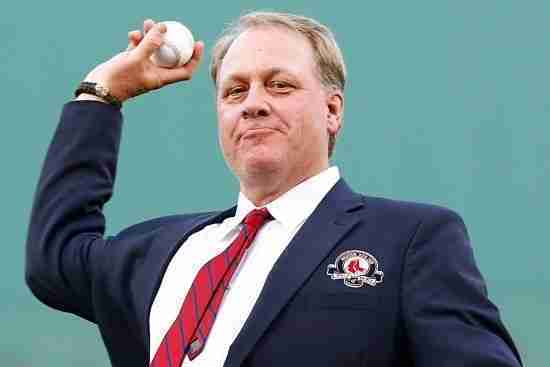 Boston Herald columnist, Dan Shaughnessy has stated that he will not be voting for Curt Schilling following a tweet that praised violence towards journalists.  Specifically, he tweeted a picture at a Trump rally of a man wearing a t-shirt that read, “Rope. Tree. Journalist: Some Assembly Required” and captioned it “Ok, so much awesome here…”

“Count me out on Curt Schilling.  I have held my nose and voted for the Big Blowhard in recent years (11-2 in postseason, ridiculous walk/strikeout ratio), and he was up to 52.3 percent (75 percent required) last year, but I shall invoke the “character” clause this year. Schill has transitioned from a mere nuisance to an actual menace to society. His tweet supporting the lynching of journalists was the last straw for this voter. Curt later claimed he was joking. Swell.”

The Baseball Hall of Fame does state that character is a metric that should be considered, so Shaughnessy is in his right to do so.

This is not the first time that Schilling has come under criticism for his social media posts and right wing beliefs.  It actually cost him his job as an analyst with ESPN.

The former World Series Champion has seen his totals rise to over fifty percent and he is entering his fifth year on the ballot.

Will other Baseball Hall of Fame voters change their opinion on Schilling?  Don’t be surprised if a few more do just that.

More in this category: « Kevin Martin Retires. Where in the NIHOF list should he be? The 2021 Football Futures are now up! »