Vin Scully does not endorse Pete Rose for the Baseball Hall 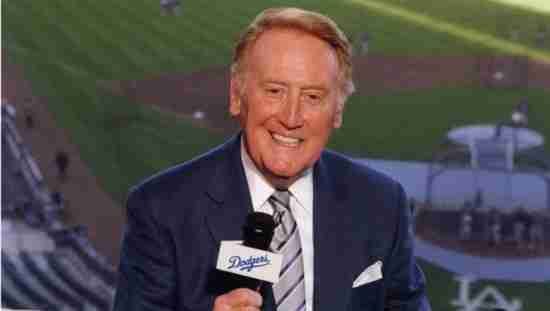 29 Feb
2016
Not in Hall of Fame
Pete Rose apparently has another detractor for his Hall of Fame bid.

In an interview with the AARP Bulletin, the man who in our opinion (and we would like to think everyone else too) is the greatest baseball broadcaster that ever existed, Vin Scully, was asked if he would vote for Pete Rose, who has been banned from Major League Baseball for gambling on the game.  Scully was direct in his answer:

“I wouldn’t.  Should he be in?  He should be.  But by his own hand, he locked the door and kept himself outside.”

This is huge for two reasons.  First, they don’t come more respected than Scully and when he has an opinion the baseball world will listen.

The second is Scully doesn’t offer his opinions on players, past or present in a negative light often, and when he does it, is makes an impact.

We would love to tell you that this will be the last time that an opinion on Pete Rose will appear on our website, but who are we kidding?  Look for the next one in late March.

More in this category: « The 2020 Baseball Futures are up! The Fabulous Freebirds finally make the WWE HOF. »