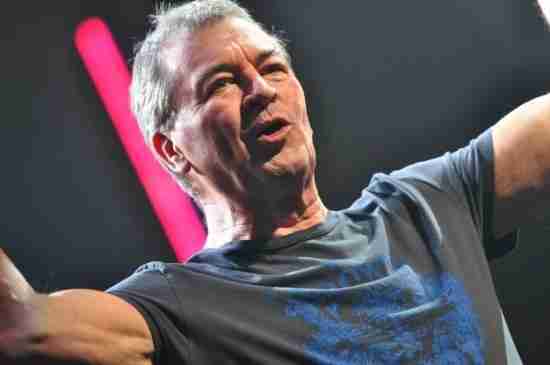 17 Oct
2015
Not in Hall of Fame
As most of you know, Deep Purple has been nominated for the Rock and Roll Hall of Fame this year, which marks the band’s third time up as a Finalist.  For many (including us as we have them ranked #1 on our Notinhalloffame.com rock list) the exclusion of Deep Purple has been a joke and other bands who are in (Metallica, KISS and Rush) have stated that the Hall needs to induct them.

In a recent interview with Classicrock.com, Deep Purple frontman, Ian Gillan had the following to say about their nomination and the Rock and Roll Hall of Fame in general.

“I have no respect for them.  They’re the kind of people that having seen A Hard Day’s Night decided that the Monkees would be America’s equivalent to the Beatles.  They’ve no idea what goes on in the big wide world outside of their self-arbitrating surroundings.  To me, those people are bloody arrogant and rude.

I’ve heard that somebody on their committee dismissed us as one hit wonders.  I couldn’t figure out what that hit was; ‘Hush’, ‘Kentucky Woman’, ‘Black Night’, ‘Strange Kind of Woman’, ‘Child in Time’, ‘Perfect Strangers’, ‘Knocking At Your Back Door’ or perhaps even ‘Smoke on the Water’.

I’m sure that my mum would have been pleased and it all sounds very grand, but just take a look who’s in it!  I once wrote a song called ‘No Laughing in Heaven’ which was about not wanting to go to heaven due to the company I’d be keeping, and with a few exceptions, the Hall of Fame is pretty much the same thing.”

While we aren’t exactly sure what Gillan meant with his Monkees reference (They have never been nominated and are not considered a band that will get in due to the way they were brought together) it can be understood why he is frustrated considering that the group has been eligible since 1994.

We are certainly curious just which artist he doesn’t want to be in the Hall with however it is worth noting that the Hall does not seem to view acceptance by an artist (see the Sex Pistols) to get inducted.

Still, is it not safe to say that the Rock and Roll Hall of Fame is missing a major act by not having them in it?  Maybe this could be the year for Deep Purple…let’s see if they care to attend if chosen!

More in this category: « 2013-15 Hockey HOF Inductees are up Barry Zito officially retires »

0 #1 Scott Matheson 2015-10-18 04:09
Actually aside from the utter disgrace of Purple being ignored by this chicken shit outfit, I happen to think the Monkees also belong in the RRHF no matter what Gillan thinks.I appreciate they weren't a "real band" but rather a kid's TV contrivance (I was a Monkees fan in the 60s)but let's face it the songs were great and their show was bright and witty. Given the actual INCLUSION of some of these bands the Monkees should be a shoe in.
Quote
Refresh comments list
RSS feed for comments to this post