Batista removed from this year's WWE Hall of Fame 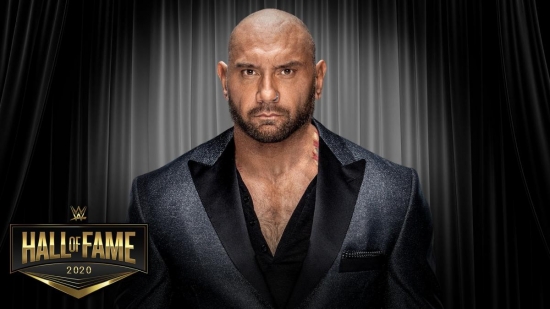 So, we have one less WWE Hall of Famer?

Batista was scheduled to enter the WWE Hall of Fame as part of the COVID-19-pushed back Class of 2020.  As we have learned, due to scheduling conflicts, the former multi-time WWE Champion will not be inducted this year. It had been speculated as Batista was no longer listed as part of the Hall on WWE.com, and the “Animal” himself, confirmed it on Twitter:

To the @WWEUniverse Unfortunately due to previous obligations I am unable to be a part of the @WWE #HOF this year. By my request they have agreed to induct me at a future ceremony where I’ll be able to properly thank the fans and people who made my career possible #DreamChaser”

We assume that Batista will be part of a future class.

We will be paying close attention to see who else will be part of the 2021 Class, and we will revise our Notinhalloffame WWE list after Wrestlemania.

More in this category: « Our All-Time Top 50 Oakland Athletics have been revised Kane and The Great Khali named to the WWE Hall of Fame »