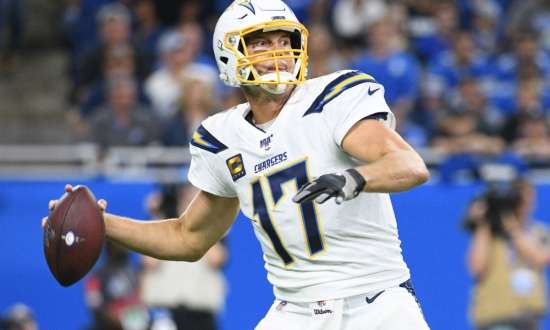 The first major football retirement in the NFL is here as Quarterback, Philip Rivers, has announced he is calling it a career after 17 seasons.

A star at NC State, Rivers won the ACC Offensive Player of the Year and ACC Player of the Year in 2003, while also winning three bowl MVPs.  His success with the Wolfpack, earned him the fourth overall spot in the 2004 draft, and he arrived in San Diego as part of a draft day trade for Eli Manning, the top pick who made it known he would not play for the Chargers.

Spending his first two seasons as Drew Brees’ backup, Rivers took over in 2006 and would routinely finish each season at or near the top of the major passing categories.  An eight-time Pro Bowl selection, Rivers led the NFL in Passing Yards in 2010 (4,710) and had 12 other seasons where he cracked the 4,000 Yard mark.  Rivers also led the NFL in Touchdown Passes in 2008 (34) and he never had a year where he had less than 21 TDs as a starter.

Rivers never made it to the Super Bowl, but in 2007 he took the Chargers to the AFC Championship Game, a loss to New England.  San Diego may have lost the game, but Rivers was commended for his performance as he competed with a torn ACL.

The Chargers were looking to move on, and Rivers played one more season in 2020 with the Indianapolis Colts, still performing at an elite level and guiding the Colts to the playoffs.

Rivers will be eligible for the Pro Football Hall of Fame in 2026.

We here at Notinhalloffame.com wish Philip Rivers the best in his post-playing career.