The College Football Hall of Fame announces their 2021 Class 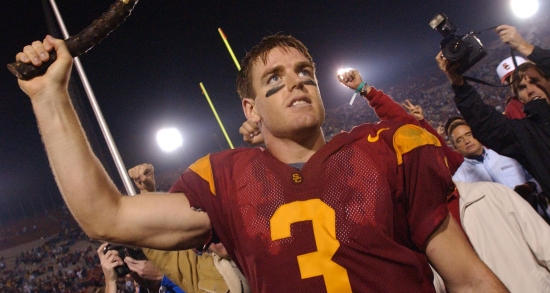 The College Football Hall of Fame announced their Class of 2021, which include 11 former players and two coaches.

Harris Barton -- Offensive Tackle, North Carolina, 1983-86:  Barton was an immediate starter at UNC, playing mostly at Left Tackle.  The All-American was named the ACC Outstanding Offensive Lineman as a senior and he was also an academic All-American. Barton would later win three Super Bowl Rings with the San Francisco 49ers.

David Fulcher – Defensive Back, Arizona State, 1983-85:  Fulcher was a two-time All-American who recorded 12 Interceptions.  He earned the nickname of “Fo-Rock” for his punishing hits, as he hit like a rock, and the “Fo” was in reference to the start of his last name.

Rudy Hubbard – Head Coach, Florida A&M, 1974-85:  A former Running Back at Ohio State (1865-67), Hubbard was an Assistant Coach for the Buckeyes before taking over the reins of the Rattlers in 1974.  Hubbard had a career record of 83-48-3 and won two Black College National Championships and a Division I-AA Title.

Dan Morgan – Linebacker, Miami (FL), 1997-2000:  Originally a Fullback, Morgan became one of the best Linebackers in the country.  In 2000, Morgan made college football history becoming the first player to win the Butkus Award, Nagurski Trophy and Bednarik Award.  Morgan also won the Big East Defensive Player of the Year.  At the time of his graduation, Morgan was the all-time school leader in Tackles (532).  He would later play seven years with the Carolina Panthers.

Carson Palmer – Quarterback, USC, 1998-2002:  One of the best Quarterbacks in Trojans history, Palmer won the Heisman Trophy in 2002, and also was the winner of the Johnny Unitas Golden Arm Award.  Statistically, Palmer threw for 11,818 Yards and 72 Touchdowns.  Palmer would play in the NFL for 15 years after being taken number one by the Cincinnati Bengals, and he went to three Pro Bowls.

Tony Romo – Quarterback, Eastern Illinois, 2000-02:  Romo took Eastern Illinois to two OVC Championships and was a three-time OVC Player of the Year.  Winning the Walter Payton Award as the top player in the Division I Subdivision, Romo threw for 7,816 Yards and 82 Touchdowns in college.  He moved on to the pros, playing for the Dallas Cowboys for 14 years and earning four Pro Bowls.

Kenneth Sims – Defensive Tackle, Texas, 1978-81:  Sims became a starter as a Junior and in his senior year, he became the first Longhorn to win the Lombardi Trophy.  Also named the UPI Lineman of the Year, Sims went on to play seven seasons with the New England Patriots.

C.J. Spiller – Running Back & Kick Returner, 2006-09:  One of the most exciting players in Clemson history, Spiller accumulated 7,483 All-Purpose Yards with 51 Touchdowns.  In 2009, Spiller was the ACC player of the Year, and he later played eight seasons in the NFL with time spent in Buffalo, New Orleans, Seattle, New York (Jets) and Kansas City.

Darren Sproles – Running Back, Kansas State, 2001-04:  Sproles was a machine for the Wildcats, totalling 6,812 All-Purpose Yards with 48 Touchdowns.  Sproles would later have a long career with San Diego, New Orleans and Philadelphia, winning a Super Bowl win the Eagles.

Aaron Taylor – Offensive Tackle, Notre Dame, 1990-93:  Taylor was a two-time All-American and won the Lombardi Award in 1994.  He won a Super Bowl with the Green Bay Packers.

Andre Tippett – Defensive End, Iowa, 1979-81:  Tippett helped lead Iowa win their first Rose Bowl in decades and is one of the best defensive players in school history. Tippett played his entire pro career with the New England Patriots, is a member of the 100-Sack club, and would later enter the Pro Football Hall of Fame.

Al Wilson – Linebacker, Tennessee, 1995-98:  Wilson was a key defensive figure in the Volunteers National Championship in 1998, and was a two-time All-SEC Selection.  Wilson had 272 Tackles, 27 Tackles for Loss and 11 Sacks over his college career. Professionally, he played eight years with the Denver Broncos.

We here at Notinhalloffame.com would like to congratulate the newest members of the College Football Hall of Fame.

Kirk Buchner, "The Committee Chairman", is the owner and operator of the site.  Kirk can be contacted at [email protected] . Email This email address is being protected from spambots. You need JavaScript enabled to view it.
More in this category: « Corey Crawford abruptly retires Our All-Time Top 50 Cleveland Indians are now up »