The career of Vince Carter is officially over 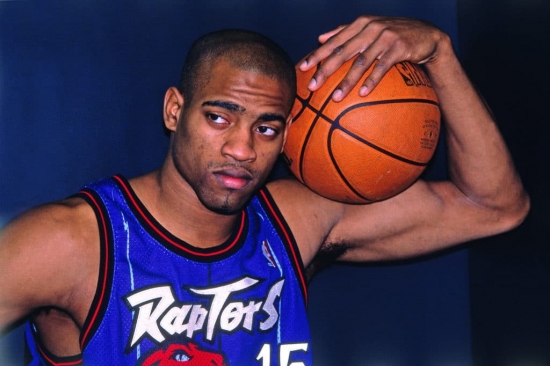 The career of Vince Carter is officially over.

We already knew this, as the COVID-19 virus wiped out the season, and as talks to resume play in the NBA began, it was early established that eliminated teams like Carter’s Atlanta Hawks would not be part of the resumption.  The 43-year old had already stated that this would be his last year.

Carter played his college ball at North Carolina where he was a First Team All-ACC Selection in 1998.  He was drafted fifth overall in 1998 by the Golden State Warriors who swapped him in a draft-day trade to the Toronto Raptors.

Carter brought star power to the young franchise as his electric dunks made regular appearances on highlight reels, and put the Raptors on the map.  Named the 1999 Rookie of the Year, Carter put on one of the greatest dunking clinics at the 2000 Slam Dunk Contest which he easily won.  Carter brought the Toronto to their first playoff, and was one of the most popular figures in Canada, helping to raise the game’s profile and inspiring a wave of young Canadians to play the game.

Sadly, for Carter and the Raptors, they had an acrimonious split as Carter grew frustrated with Toronto management and demanded a trade, which he got, when he was dealt to the New Jersey Nets in 2004.

As Carter’s skills eroded, he reinvented himself becoming the consummate teammate and role player.  He even won the Teammate of the Year Award in 2016.

An eight-time All-Star, Carter will be eligible for the Naismith Basketball Hall of Fame in 2024.  He is 19thall-time is Points Scored with 25,728.  All players who have more Points than Carter and are Hall of Fame eligible have been enshrined.

We here at Notinhalloffame.com would like to thank Vince Carter for the memories, and we wish him the best in his post-playing career.

More in this category: « Our All-Time Top 50 Detroit Tigers have been revised The 2020 Rock Hall Ceremony is now a special »