The Boston Celtics will retire Kevin Garnett's number next year 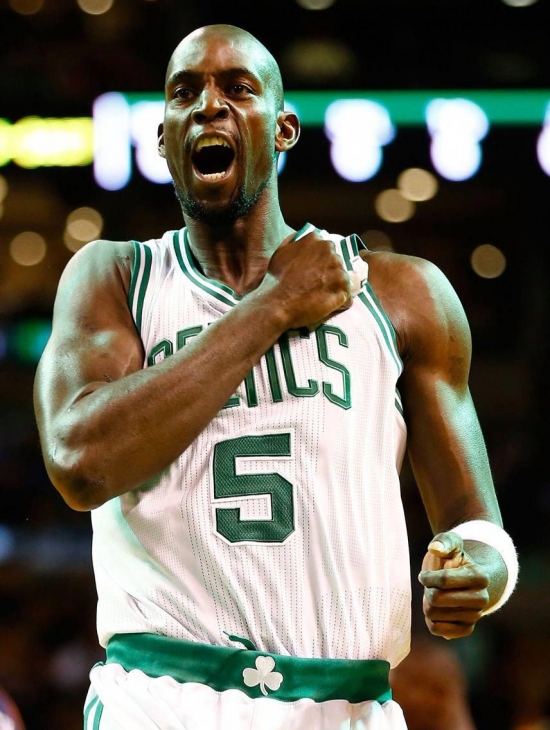 Regular visitors of Notinhalloffame.com know that we are slowly working on the top 50 of every major team in the NHL, NBA, NFL and MLB. Once that is done, we intend to look at how each team honor their past players, coaches and executives.  As such, it is news to us that the Boston Celtics will be retiring the #5 of Kevin Garnett next season.

Debuting for the Minnesota Timberwolves in 1995, Kevin Garnett plated for them until 2007.  Garnett was a perennial All-Star and he was the 2003-04 MVP, but he grew frustrated with the team and sought a new environment.  Minnesota dealt Garnett to Boston for multiple players and picks, and his new team also signed Ray Allen, who was a free agent.  Together with Paul Pierce, the Celtics had a “Big Three” and they gelled immediately winning the NBA Championship.

While that would be the only title that Garnett would win, he would have six seasons in a Boston uniform, with four All-Star Game appearances. With Boston, he also won the 2008 Defensive Player of the Year Award, was a First Team All-NBA Selection (2008), and was a three-time All-Defensive Selection (2008, 2009 & 2011).

We here at Notinhalloffame.com would like to congratulate Kevin Garnett for earning this honor.

More in this category: « Another look at Tom Flores' snub The Naismith Basketball HOF announces the 2020 Finalists »