The Women's Basketball Hall of Fame Announces their 2020 Class 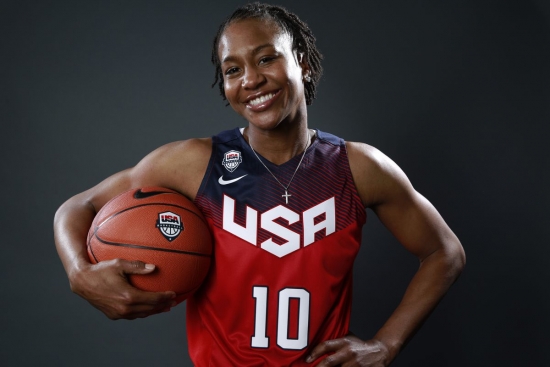 Debbie Brock:  As a coach, Brock led Delta State to three AIAW Championships in the 1970s.

Carol Callan:  Callan has been the U.S. Women’s National Team Director since 1996, and the nation has won six straight Gold Medals at the Olympics.

Tamika Catchings:  An NCAA Champion with Tennessee in 1998, she would play her entire WNBA career with the Indiana Fever where she would be the League MVP in 2011 and she took her team to the WNBA Title the season after.  Catchings was also a 10-time All-Star, 7-time First Team All-WNBA Selection, 5-time Defensive Player of the Year, 7-times Steals Champion, and was the 2002 Rookie of the Year.  Internationally, she was on four Olympic Gold Medal Teams for the United States.

Swin Cash:  Cash won two NCAA Titles at UConn (2000 & 2002), and was the Tournament MOP in the latter.  She would later win three WNBA Titles (two with the Detroit Shock and one with the Seattle Storm) and would be a four-time WNBA All-Star.

Sue Donohoe:  Donohoe served as the Vice President of Division I Women’s Basketball from 2003 to 2012 and was the Director of the NCAA Tournament from 1999 to 2002.

Lauren Jackson:  From Australia, Lauren Jackson represented her country and captured three Silver Medals and one Bronze, while also winning the 2006 World Championship. On the WNBA level, she played her entire career with the Seattle Storm and won two WNBA Titles and was a three-time MVP.  She also won one Defensive Player of the Year Award, one Rebounding Title and was seven-time All-Star.

Carol Stiff:  Stiff is ESPN’s Vice President of Programming and Acquisitions, and she had a focus on the WNBA and NCAA.

The ceremony will take place on June 13 in Knoxville, Tennessee, which houses the Hall.  This will be their 22ndClass.

We here at Notinhalloffame.com would like to congratulate the newest members of the Women’s Basketball Hall of Fame.

Kirk Buchner, "The Committee Chairman", is the owner and operator of the site.  Kirk can be contacted at [email protected] . Email This email address is being protected from spambots. You need JavaScript enabled to view it.
More in this category: « Our Top 50 Boston Celtics are now up Our All-Time Top 50 Oklahoma City Thunder have been revised »