The Pro Football Hall of Fame announces their 2020 Semi-Finalists 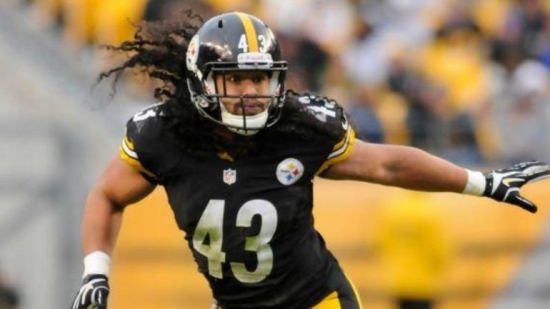 The Pro Football Hall of Fame has announced their 25 Semi-Finalists for their Class of 2020.

Without further ado, they are:

Steve Atwater:  Safety: Denver Broncos 1989-98, New York Jets 1999.  This is Atwater’s ninth straight time as a Semi-Finalist, and he was a Finalist last year.

Carl Banks:  Linebacker: New York Giants 1984-92, Washington Redskins 1993, Cleveland Browns 1994-95.  This is the first time that Banks has been named as a Semi-Finalist, despite being eligible since 2001.  Banks won two Super Bowls with the Giants.

Tony Boselli:  Offensive Tackle:  Jacksonville Jaguars 1995-01, Houston Texans 2002.  The greatest Jaguar player in history is a Semi-Finalist for the fifth time, and is also a prior Finalist.

LeRoy Butler:  Safety:  Green Bay Packers 1990-01.  Butler is a Semi-Finalist for the third straight year, and he is a prior Super Bowl winner.

Alan Faneca:  Offensive Guard:  Pittsburgh Steelers 1998-07, New York Jets 2008-09, Arizona Cardinals 2010.  Faneca is a Semi-Finalist for the fifth time and has been a Finalist every year since eligible.

Torry Holt:  Wide Receiver:  St. Louis Rams 1999-08, Jacksonville Jaguars.  Like Bruce, Holt was a member of the Super Bowl Championship team from St. Louis.  Holt is a Semi-Finalist for the sixth time but has never been a Finalist.

Clay Matthews:  Linebacker:  Cleveland Browns 1978-93, Atlanta Falcons 1994-96.  Matthews is a Semi-Finalist for the fourth time, and this is his second consecutive year making it this far on the ballot.

Sam Mills:  Linebacker:  New Orleans Saints 1986-94, Carolina Panthers 1995-97.  Mills was a Semi-Finalist last year, and this is his third time reaching this stage.

Troy Polamalu:  Safety:  Pittsburgh Steelers 2003-14.  The former Defensive Player of the Year is eligible for the Hall of Fame for the first time and he is considered to be a strong contender to enter on the first ballot. He would win two Super Bowls.

Richard Seymour:  Defensive End/Defensive Tackle: New England Patriots 2001-08, Oakland Raiders 2009-12.  Seymour is a Semi-Finalist for the third consecutive year, and he is a former three-time Super Bowl champion with the Patriots.

Fred Taylor:  Running Back:  Jacksonville Jaguars 1998-08, New England Patriots 2008-09.  Taylor is all-time leading rusher in Jaguars history, and he has been Hall of Fame eligible since 2016.  This is first time as a Semi-Finalist.

Hines Ward:  Wide Receiver:  Pittsburgh Steelers 1998-11.  Ward is a former Super Bowl MVP, and is a Semi-Finalist for the fourth straight year, but he has never been a Finalist.

Reggie Wayne:  Wide Receiver:  Indianapolis Colts 2001-14.  Wayne is eligible for the first time this year, and the former Super

Patrick Willis:  Linebacker:  San Francisco 49ers 2007-14.  Willis is eligible for the first time this year, and it was expected that he would become a Semi-Finalist.

Bryant Young:  Defensive Tackle:  San Francisco 49ers 1994-07.  Young has been eligible for Canton since 2013, and this is his first time as a Semi-Finalist.

All of these players are ranked on our Notinhalloffame.com Football 300 list of former players to consider for the Hall of Fame.

The five inductees will be joined by 15 other Senior Candidates to bring the total to 20.  This is to commemorate the centennial anniversary of the National Football League.  The Class of 2020 will be announced on February 1, the day before Super Bowl LIV.

We will certainly be paying attention to see who moves forward when they announce the Finalists.