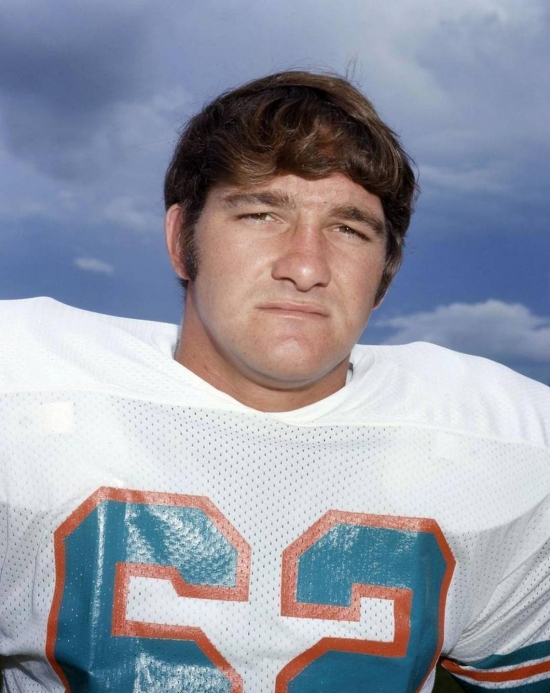 It was announced today that Pro Football Hall of Famer, Jim Langer passed away today at the age of 71 due to a heart related issue.

An undrafted player from South Dakota State, Langer signed with the Cleveland Browns in 1970 but was cut in pre-season.  The Miami Dolphins would sign him after and Langer made the team.  In his third season, Langer was the starting Center and this was the year that the Dolphins would go undefeated and win Super Bowl VII.

Langer would help Miami win Super Bowl VIII the following year but he would also go on a six-year streak of Pro Bowls, four of which would see him named a First Team All-Pro.  He played with the Dolphins until 1979 and finished his career with the Minnesota Vikings for two seasons.  He would enter the Pro Football Hall of Fame in 1987, his first year of eligibility.

We here at Notinhalloffame.com would like to extend our condolences to the friends, fans and family of Jim Langer at this time.

Kirk Buchner, "The Committee Chairman", is the owner and operator of the site.  Kirk can be contacted at [email protected] . Email This email address is being protected from spambots. You need JavaScript enabled to view it.
More in this category: « The Oakland Athletics to retire Dave Stewart's number New Section: Our Top 100 Potential Pro Football Hall of Famers »