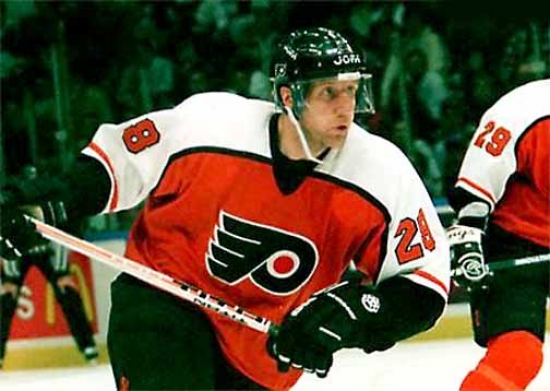 An imposing figure on the ice at 6’6”, Kjell Samuelsson was a physical blueliner who had his best seasons in the National Hockey League with the Philadelphia Flyers.

The product of Sweden was not exactly a playmaker but he did have a 30 Point season with Philadelphia, which was by far his highest mark.  Samuelsson was an All Star in 1988 was named the Barry Ashbee Trophy winner twice, which is awarded annually to the best Defenseman on the Flyers.