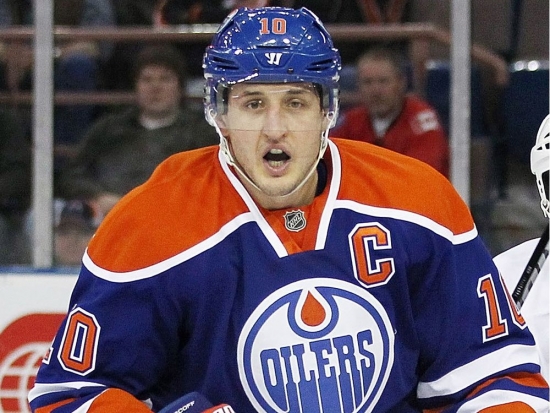 With 796 Games and 12 seasons under his belt, Shawn Horcoff is one of the most tenured Edmonton Oilers ever.

The Center from Trail, British Columbia, had a nice career at Michigan State before he joined the Oilers in the 2000-01 Season.  Horcoff was never in consideration to be an upper-echelon NHL player, but he was valuable in his leadership on the ice and in the locker room.  This is not to say that he couldn't score, as he certainly did.  Horcoff tallied 447 Points for Edmonton, peaking at 73 in 2005-06, the year the Oilers made a surprise trip to the Stanley Cup Finals.  He would have three straight 50 Point campaigns right after that.