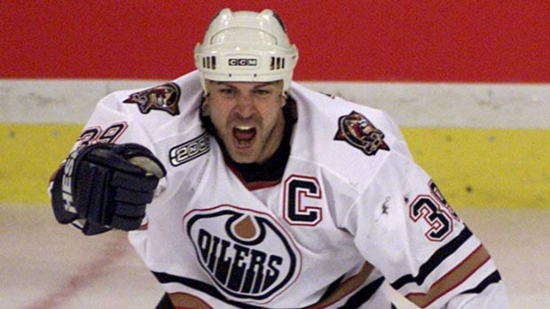 Doug Weight arrived in the city of  Edmonton early in his career when he was traded straight up for Esa Tikkanen late in the 1992-93 campaign.  Weight's first full season saw him score 50 Assists, and it was evident that he was becoming one of the top playmakers in hockey.  The Michigan native would have his best statistical season in 1995-96 when he had a career-high of 79 Assists and 104 Points, and he would go to the first of three All-Star Games as an Oiler.  After seasons of 82 and 70 Points, injuries held him to 37 points, but he would bounce back with a 72 Point year followed by 90 Points in 2000-01, in what would be his last year in Edmonton.  He finished sixth in Hart Trophy voting that year.  As an Oiler, he had four top-eight seasons in Assists.

Weight would later win a Stanley Cup with the Carolina Hurricanes in 2006, and he would finish his career with 1,033 points, 577 of which were with Edmonton.