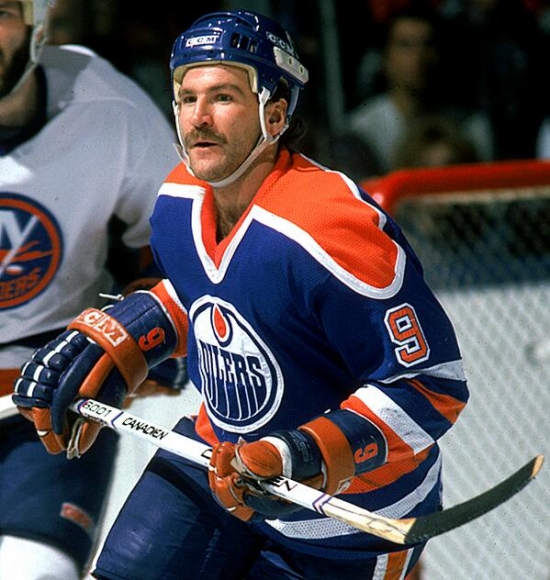 Glenn Anderson would begin with his NHL career with the Edmonton Oilers in 1980, and before long, he was part of a powerhouse team with Wayne Gretzky, Paul Coffey, Mark Messier, Jari Kurri, and Grant Fuhr.  As a rookie, Anderson scored 30 Goals and would hit that plateau in the next seven seasons.  Twice in that period, the Right Winger would hit the 50 Goal mark twice (1983-84 & 1985-86) and would go over 100 Points on three occasions.

Anderson was a significant part of the Oilers five Stanley Cup Championships scoring 183 Points in 164 Playoff Games for Edmonton.  His overall numbers with Edmonton would see him tabulate 906 Points with a PPG of 1.07.  After he was sent to Toronto, he would be traded to the New York Rangers in 1994 for their playoff run, and he was reunited with Messier, and they would collectively win their sixth Stanley Cup.

Anderson would enter the Hockey Hall of Fame in 2008 and would see his number retired by the team the following year.