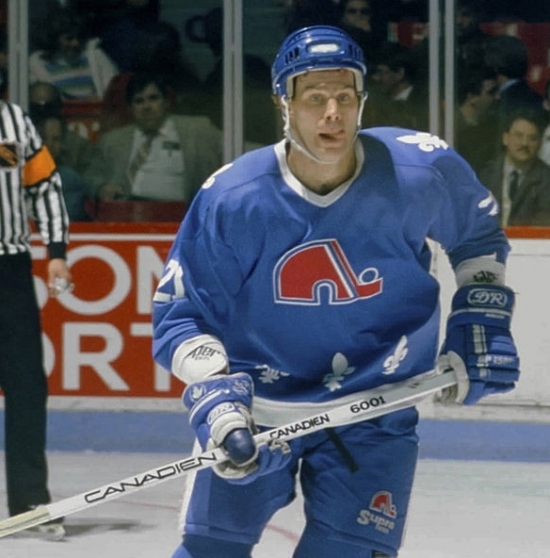 Randy Moller went from the Gold Medal of the World Junior Hockey Championships with Canada to the NHL and the Quebec Nordiques.  The Nords were blessed to have him throughout the '80s, where the towering defenseman used his size to intimidate and check among the best of them.

Moller was not much of a scorer, as his career-high in Goals was only seven, but he would sometimes be used on the power play, and he would have three 20 Assist seasons.  He played 508 Games for Quebec and would have 152 Points with 1,002 Penalty Minutes for the squad.