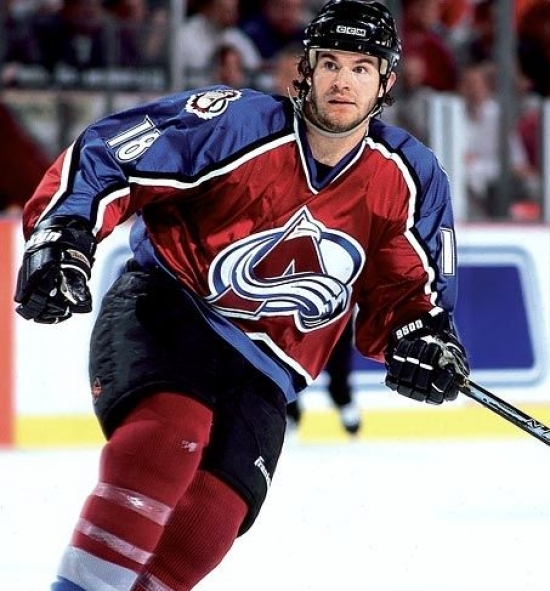 Adam Deadmarsh was a 1st Round Pick (14th Overall) in 1993, and he would debut the following season.  The Right Wing scored 48 Points in the organization's first full year in Colorado, and he would help the Avalanche win their first Stanley Cup, although his name was initially misspelled on the Cup.

Deadmarsh proved to be an excellent second line player, and he would have four straight 20 Goal campaigns, peaking with 33 Goals and 60 Points in 1996-97.  He missed out on a second Cup with Colorado as he was traded to Los Angeles in the trade that brought Rob Blake to the Avs.

Deadmarsh would score 288 Points with a .64 PPG with the team as well as securing 56 Points in the playoffs for Colorado.