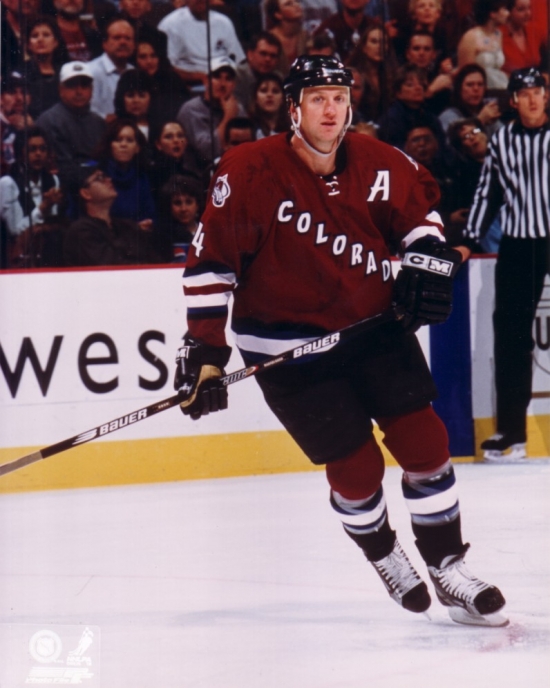 Rob Blake will always be most associated with the Los Angeles Kings, and he should be as he played 14 years and won his Norris Trophy there.  That being said, Blake played for five seasons with Colorado, and it was there where he earned his lone Stanley Cup.

That would happen early in his stint with the Avalanche as he was brought in at the trade deadline in 2001.  Blake was on his way to a Second Team All-Star Selection and finished fourth in Norris Trophy voting.  That part was good, but the trade proved to be a bargain for the Avs, as Blake helped Colorado win their second Stanley Cup that season.

Blake played four more years for Colorado, where he never finished below 45 Points in a season.  2001-02 would be his best year, where he had 56 Points, was a Second Team All-Star, and finished third in Norris voting.  In the three years that followed, Blake's vote tally for the Norris saw him go fifth, eighth, and twelfth, respectively.

His tenure in Colorado ended in 2006 when he rejoined the Kings as a Free Agent.

Blake would be inducted into the Hockey Hall of Fame in 2014.