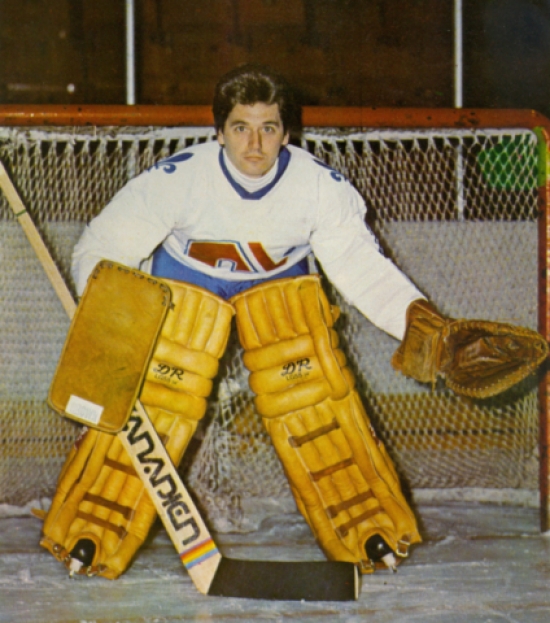 When most people think of the 1977 Avco Cup Champion Quebec Nordiques, they think of the "Flying Frenchmen" of Marc Tardif, Real Cloutier, and Serge Bernier.  There was also a Quebecer who was in the net who played a large part in those great teams.  That man was Richard Brodeur.

Brodeur was the primary netminder for most of Quebec's WHA existence.  He played 305 Games, winning 165 of them.  He was at his best when the lights were at their brightest, and his GAA for the 1977 Playoffs was a goal lower than his usual average.  In the final year of the World Hockey Association, Brodeur was named a Second Team All-Star.

Brodeur would achieve a more prominent name for himself in Vancouver, where he took the Canucks to a surprising Stanley Cup Final in 1982.