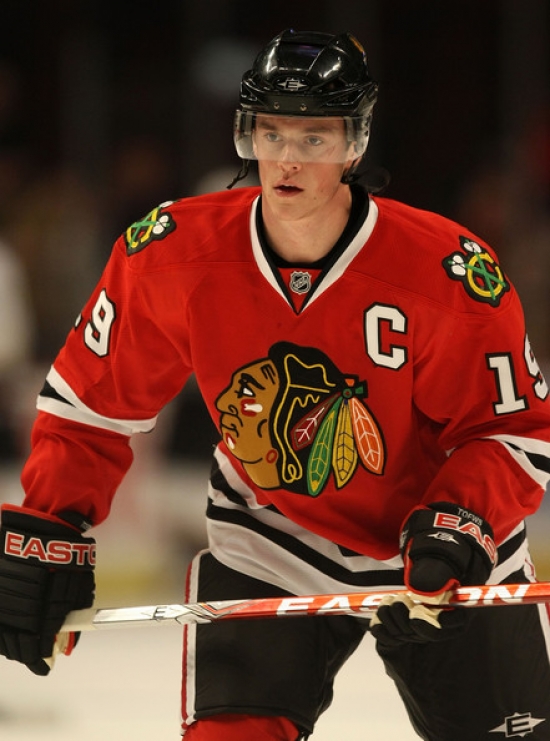 From the hockey rich city of Winnipeg, Jonathan Toews was the third overall pick in the 2006 NHL Draft and he proceeded to finish third in Calder Trophy voting, where he lost to his teammate Patrick Kane, which certainly gave notice to the city of Chicago that they had a special team ahead of them.

Along with Kane, Toews brought in a youth movement where he showed off one of the most balanced skillsets the Blackhawks had ever seen.  With a very healthy Point Per Game Average (.86 as of this writing) Toews showed off incredible defensive skills where he was the winner of the Frank J. Selke Trophy (2013) and was in the top five in voting five other times.  In terms of other individual accolades, the Centre also was a Second Team All Star (2013) and has been in the top ten in Hart Trophy voting four times.

Where Toews has also shined was in the playoffs.  Toews is already a three time Stanley Cup Champion and in their first win (2010) he was the leader in Assists in the playoffs and was the Conn Smythe Award winner.  As he is still a star with the organization he could rise in his already high rank.