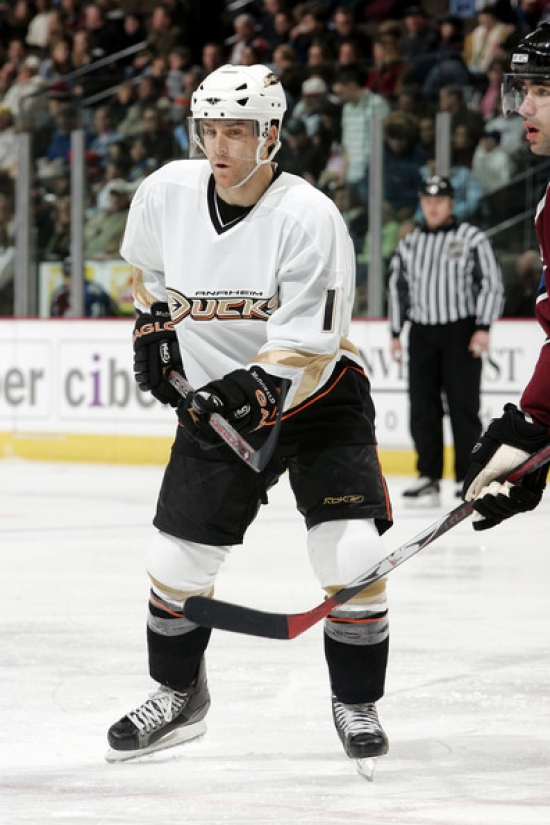 Andy McDonald was undrafted but would star at Colgate University, where he won an ECAC Scoring Title.  His work there got him signed by the Ducks in 2000, the team he debuted for that year.

The Left Wing got off to a slow start, only scoring one Point in 16 Games (2000-01), and in the three seasons after, his highest-scoring year was 30 Points (2003-04). After the lockout year of 2005-06, McDonald's offensive output drastically improved with an 85 Point year, his best in hockey.  He was an All-Star the next season, which was the year that he helped the Ducks win their first Stanley Cup.  That would be his last full year as a Duck, as Anaheim traded him during the next season to the Blues.