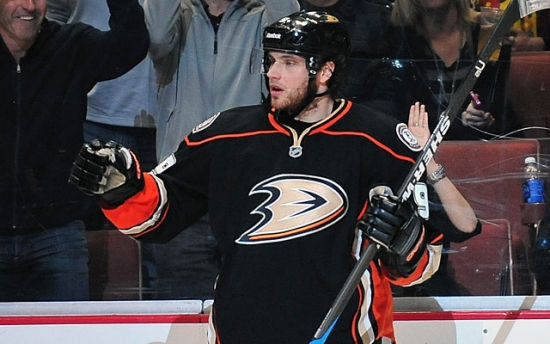 From New Jersey, Bobby Ryan was the Second Overall Pick in 2005 and would be the runner-up for the Calder three years later when he scored 57 Points.

The Right Wing would exceed his rookie mark in the next two seasons with 64 and 71 Points, respectively.  He dropped to 57 Points in 2011-12 the year after, but he was a 30 Goalscorer that season and the three before that.  After an injury-plagued 2012-13 campaign, the Ducks traded Ryan to Ottawa.