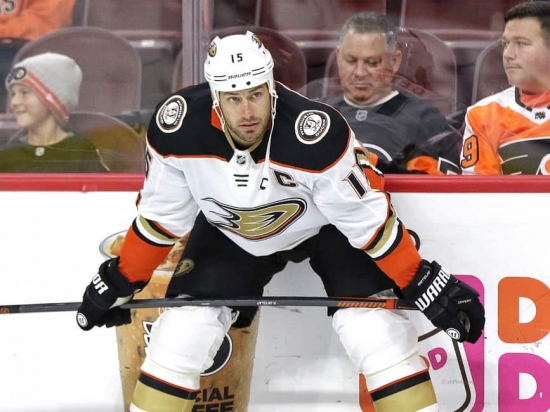 As of this writing, Ryan Getzlaf has played his entire career with the Anaheim Ducks, and the playmaker still has a lot left in the tank.

Getzlaf was a First Round Pick in 2003, and he would debut for the team two years later with a 39-Point rookie year.  A member of the 2007 Ducks team that won the Stanley Cup, Getzlaff’s play blossomed the season after, where he began a four-year stretch of 50-plus Assist seasons, and he would hit that threshold four additional times.

A Second-Team All-Star in 2014, the Center finished second for the Hart Trophy that year and was also tenth in Frank J. Selke voting.  Getzlaff also received Selke votes in seven other seasons.

Getzlaff has 982 Points to date and is roughly a year away from obtaining 1,000 Points for one franchise. Getzlaff might be on the downside of his career, but his leadership and high hockey-!Q.  He is already the all-time franchise leader in Assists (691) post-season Points (120), and is seven away from overtaking Teemu Selanne for the franchise lead.