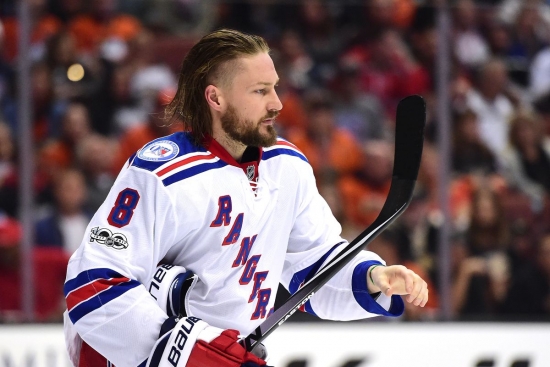 While Kevin Klein was not known for his physical style of play (though coach upon coach pushed for that), what he did do well was use his skating and stickhandling skills to defend his own end of the ice at a high level.

The Canadian Defenseman debuted in the NHL with the Nashville Predators for a pair of games in the 2005-06 season, and three years later, he was a regular on their penalty kill.  He was traded to the New York Rangers in 2014, and he would spend time more time on the defensive first line and would have back-to-back 26 Point seasons (2014-15 & 2015-16).  On four different occasions, Klein received votes for the Lady Byng Trophy, and he left the NHL with 154 Points in 627 NHL Games.  His last year in the NHL was in 2016-17.

Klein would play two more seasons of pro hockey for Zurich of the Swiss League before hanging up the skates in 2019.

Should Kevin Klein be in the Hall of Fame?

Definitely put him in! - 0%
Maybe, but others deserve it first. - 0%
Probably not, but it wouldn't be the end of the world. - 0%
No opinion. - 0%
No way! - 0%
See More Info about Klein on Everipedia!
Tagged under
Tweet
More in this category: « Jason Pominville Lee Stempniak »