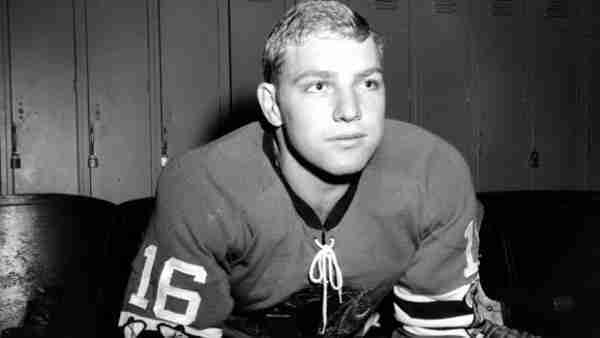 One of the best players of all time, Bobby Hull easily could have been one of the men who the Hockey Hall of Fame could have made a case for early induction. Hull was a dominant force in the NHL throughout the 1960’s, leading the Blackhawks to the Stanley Cup in 1961, and capturing two Hart Trophies along the way.

Hull was nicknamed the “Golden Jet” for his blazing speed on the ice, but he was most known to goaltenders for his blistering slap shot which was alleged to have reached 120 mph. Hull also developed the “banana blade” which was a curved stick that made his already dangerous shot move in strange directions. The NHL actually created a rule that limited the amount of curvature a hockey stick could have as a result of the damage that he and teammate, Stan Mikita was doing.

Along with his two Harts, Hull would lead the NHL in goals seven times and was named by the Associated Press at the Player of the 1960’s. Still, Bobby Hull was feeling disrespected by the wages he was receiving, and he shocked the hockey world by signing a one million dollar contract with the Winnipeg Jets in the upstart World Hockey Association. The signing gave the WHA instant respectability, and he would win their version of the MVP award twice and helped Winnipeg win the league championship twice.

Overall his combined NHL/WHA of 1,808 points cemented his legacy and his entry as a first ballot Hall of Fame entry.

Should Bobby Hull be in the Hall of Fame?

More in this category: Harry Sinden »