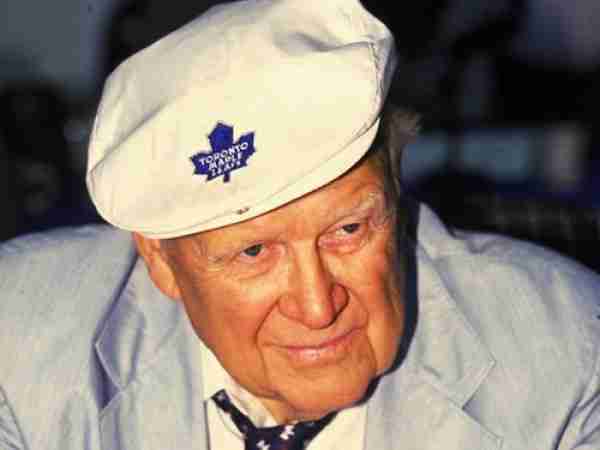 Much like Bill Wirtz’ induction, we are guessing that Toronto fans felt the same way about the performance of Harold Ballard AFTER he was inducted into the Hockey Hall of Fame. Ballard was a longtime supporter of Hockey on multiple levels and did a lot financially for amateur hockey teams in the Toronto area for years. In the early 60’s, along with Stafford Smythe and John Bassett Sr., Harold Ballard became the owner of the Toronto Maple Leafs.   The Leafs would dominate the 60’s, and Ballard would see his team win three Stanley Cups under his partial ownership. With the buying out of Bassett and the death of Smythe, Ballard would become the sole owner of the team, and though they did not win a cup in the 70’s, were still competitive. By the 80’s though, Harold became a caricature of himself, and was the leader of a floundering team. He was never as disliked as Wirtz was in the end, but many people in Toronto questioned a lot more than Ballard’s Hall of Fame induction in the 1980’s.

Should Harold Ballard be in the Hall of Fame?