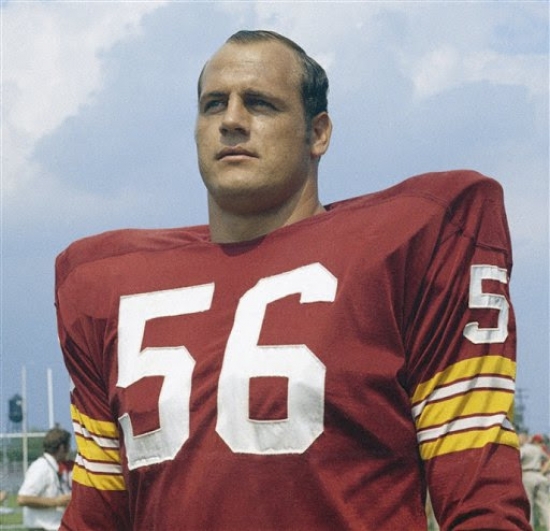 The Washington Redskins got maximum value for their Ninth Round Pick in 1964 when they chose Len Hauss, a Center from the University of Georgia.

Hauss won the starting Center job as a rookie, and he held that job until he retired in 1977.  For fourteen seasons, the Redskins did not have to worry about the vital position of Center, and Hauss proved to be a big reason for the Redskins first Super Bowl appearance in 1972.  Hauss was a five-time Pro Bowler, two-time Second Team All-Pro, and he started 194 of 196 Games over his career.

Hauss is considered by many Redskins fans to be one of the bigger snubs by the Pro Football Hall of Fame.