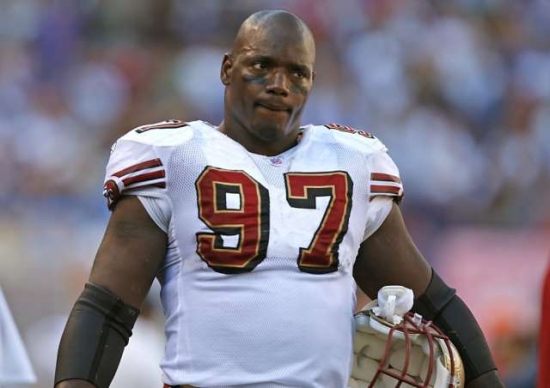 Bryant Young was the Seventh Overall Pick by the San Francisco 49ers in 1994, and the All-American from Notre Dame won the starting Left Defensive Tackle job as a rookie.

Young would play for the 49ers for his entire career (1994-2007), and he would start all of his 208 Games in the NFL.  An All-Rookie, Young won a Super Bowl as in his first season, and two seasons later, he was a First Team All-Pro and was a Pro Bowler for the first of what would be four times.

In week 13 of the 1998 season, Young suffered a broken leg that required a metal rod to be inserted.  The Defensive Tackle would come back in 1999, which was the season of his second Pro Bowl, and both the AP and PFWA named him their Comeback Player of the Year.