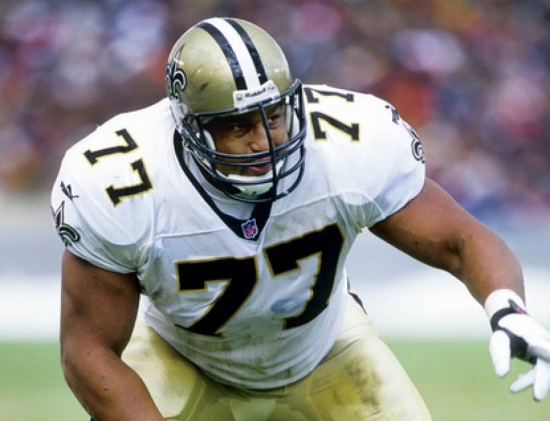 Willie Roaf was the eighth overall pick in 1993, and the Louisiana Tech star did not have to travel far to showcase his skills at the highest level.

Roaf was an All-Rookie playing at Right Tackle, and he would move Left Tackle the following season.  The position suited him, and from 1994 to 2000, he went on a seven-year run of Pro Bowls, with two First Team and three Second Team All-Pros. With the Saints, he started all 131 of his games played, and during his tenure in the Bayou, he was arguably their best player.

Roaf played four more years, and in 2012, he was chosen for the Pro Football Hall of Fame.  He was also chosen for both the 1990s and 2000s All-Decade Team, and in 2013, Roaf was one of the three inaugural members of the Saints Ring of Honor.