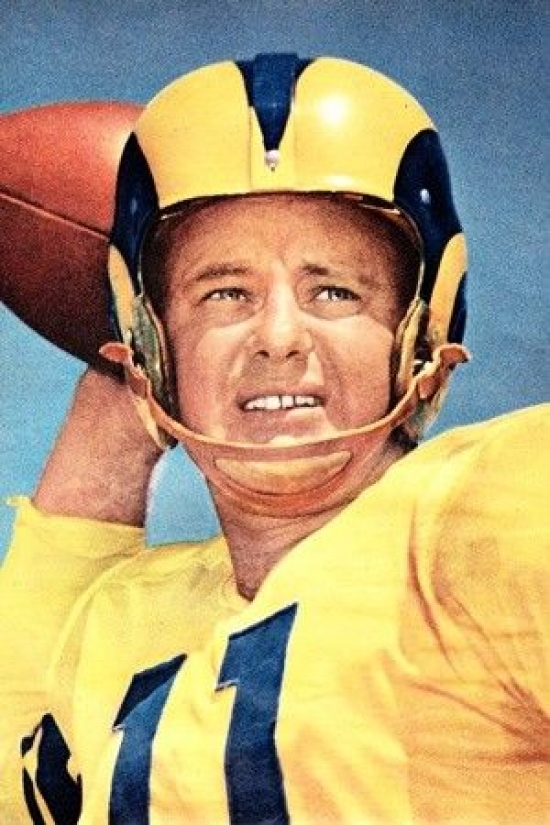 The Rams arguably landed quite a deal when they drafted Norm Van Brocklin in the fourth round of the 1950 NFL Draft as the QB fell not because he wasn't good but because it was speculated by many that he would stay at the University of Oregon for his senior year.  He didn't, and the Rams would be the beneficiary of an incredible QB tandem with Bob Waterfield that would win the 1951 NFL Championship.

Following the retirement of Waterfield, Van Brocklin would take over as the teams permanent Starting Quarterback (while also keeping punting duties), and in 1954 he would lead the NFL in Passing Yards.  A six-time Pro Bowler as a Ram, “The Dutchman” would finish first four times in Yards per Attempt.  Without question, Van Brocklin was considered to be in the upper echelon of QBs throughout the 1950s.

Van Brocklin would retire after the 1957 Season but would come back after agreeing to be traded to the Philadelphia Eagles, which suited him fine as his sudden retirement was more due to not wanting to play for Head Coach Sid Gilliam and his offensive schemes.  He would play three seasons

After his playing career was over, he would go on to coach and later broadcast.  He would be chosen for the Pro Football Hall of Fame in 1971.