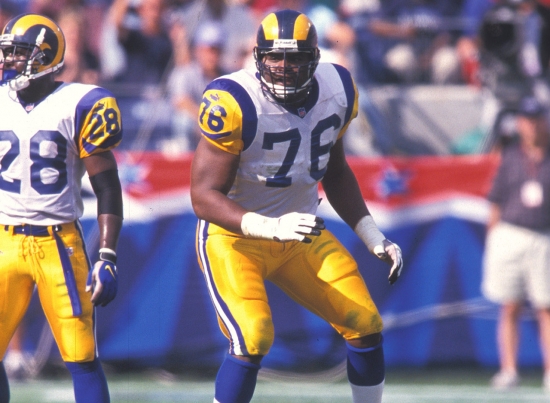 Every great team needs a steady presence and for “The Greatest Show on Turf” that was Left Tackle, Orlando Pace.

Considering the talent on that team this is a bold choice, but as soon as he was drafted first overall in 1997 out of the Ohio State, the Rams knew they had a piece to build on the Offensive Line.  In 1999, the Left Tackle would go to his first of seven straight Pro Bowls and his first of what would be three First Team All-Pro Selections but more importantly protected Kurt Warner to a Super Bowl Win.  In the following season, he would again be a large part in the Rams return to the big game, although this time the Rams would lose though Pace posted a career-high 22 in Approximate Value.

Pace would remain to be the best Left Tackle in the National Football League for the next five years, and while he was never considered the team's best offensive weapon, it was his effort that allowed those weapons to exist.

He would enter the Pro Football Hall of Fame in 2016.