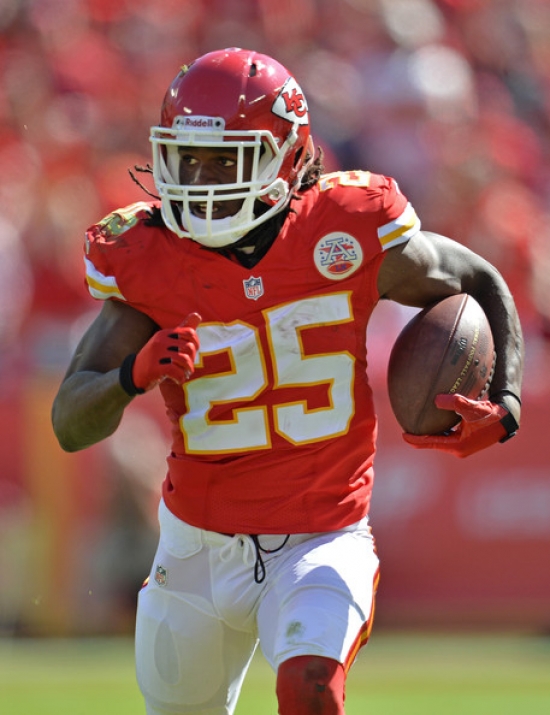 Jamaal Charles would take over the starting Running Back job when Larry Johnson went down to injury but it didn’t take long for Charles to make Chiefs fans to forget the very capable Johnson.

Charles would break out in his sophomore year with 1,120 Rushing Yard season, which he would shatter in his third season (2010) with 1,467.  That year netted him his first of what would be four Pro Bowls and he also earned a First Team All Pro Selection.  Charles missed most of the 2011 season due to an ACL injury but he would return in 2012 where he had a career high of 1,509 Rushing Yards and in 2013 he returned to a First Team All Pro with a league leading 12 Rushing Touchdowns, 1,287 Rushing Yards and a career high 70 Receptions and 693 Receiving Yards.  He had another 2014 four digit season in Yards but injuries would take its toll and he would leave the team after the 2016 season.

Overall as a Kansas City Chief, he would have 9,717 Yards From Scrimmage with 63 Touchdowns.