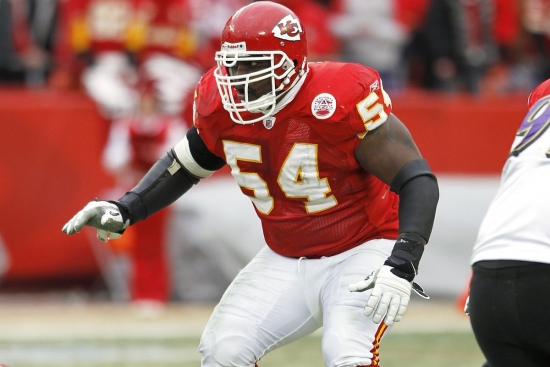 Brian Waters was undrafted out of North Texas but the big man from Waxahachie would be picked up a year later after a failed attempt to crack the Dallas Cowboys roster.  Waters would slowly improve and by 2002 he was the starting Left Guard.  In 2004 he elevated his play so much that in a game where the Chiefs would score eight Rushing Touchdowns that he would be named the AFC Offensive Player of the Week, the first time a Lineman would win that honor.  For his overall efforts he would be named a First Team All Pro and went to his first Pro Bowl.  He would repeat the First Team All Pro and Pro Bowl accolade in 2005 and he would go to three more Pro Bowls (2006, 2008 & 2010) as a Kansas City Chief.  Waters was also known for his off field efforts with the community and he would win the Walter Payton Man of the Year in 2009.

Waters would later earn his sixth Pro Bowl with the New England Patriots and he would finish his career with Dallas.