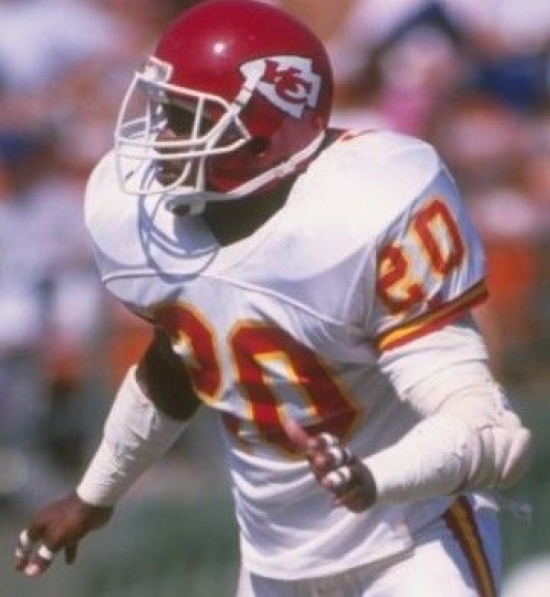 Deron Cherry was a team MVP at Rutgers where he was both a Safety and a Punter.  He went undrafted in 1981 however was signed as a Free Agent by the Chiefs where he attempted to become the team’s Punter.  It didn’t stick but he was brought back to tryout at Safety and the rest as they say is history.

Off of the field Cherry was known for his philanthropy and community service and he would be named the Whizzer White NFL Man of the Year in 1988.