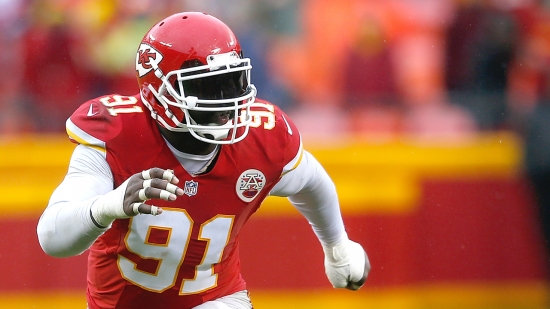 Originally from Liberia, Tamba Hali arrived in the United States at age 10 and the athletically gifted youngster took to football like a duck to water.  Hali went to Penn State and the Chiefs would draft him 20th overall in 2006 and he played Defensive End for the first three seasons of his career.  Moving to the Right Outside Linebacker in 2009, he would net 14.5 Quarterbacks in 2010 and would have double-digit Sacks again in 2011 and 2013 and from 2011 to 2015 he would be chosen for the Pro Bowl.