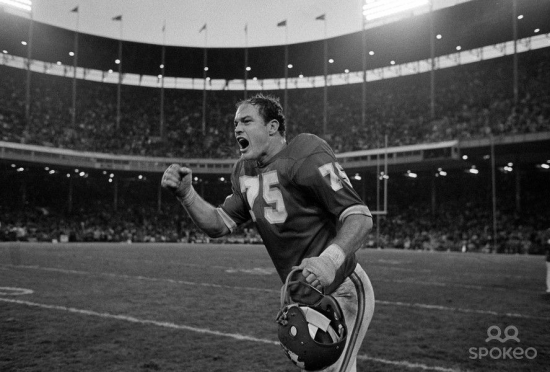 Another defensive superstar from the 1960s, Jerry Mays came out of SMU and in his second season was already an AFL All-Star and an AFL Champion, assisting the then Dallas Texans win an AFL Championship.  Incredibly agile, Mays would be an AFL All-Star at both Defensive End and Defensive Tackle, Mays was a six-time All-Star and one time Pro Bowl Selection and was chosen First Team All-Pro twice (1965 & 1966) and was a team captain in both Kansas City’s Super Bowl I loss and Super Bowl IV win.  He entered the Chiefs Hall of Fame in 1972, as the third inductee.