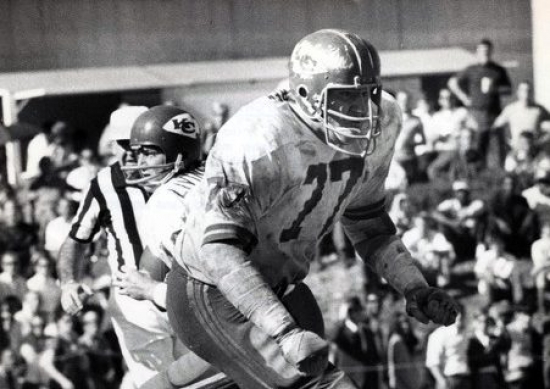 Jim Tyrer was definitely the top Offensive Lineman for the Kansas City Chiefs throughout the 1960s and there is a case to be made that he was among the top tier in the AFL.  Tyrer was a First Team AFL All-Pro five times (and also a First Team All-Pro twice) and a vital part of the O-Line that protected Len Dawson for years.   Notably, he was also a seven time AFL All-Star, a two time Pro Bowl winner and he was a part of three AFL Titles and the Super Bowl IV win.

We do have to mention however when discussing Tyrer is that while he could be considered a Hall of Fame snub, he killed his wife and himself after a bout of depression.  We can understand for that alone why you might rank him lower than we have here.  He is a member of the Kansas City Chiefs Hall of Fame, inducted in 1977.