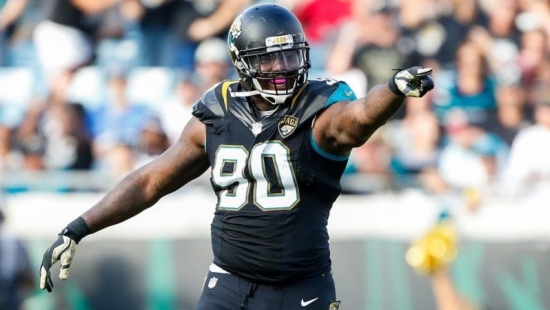 After winning a Super Bowl Ring (50) with the Denver Broncos, Malik Jackson signed with the Jaguars, where he would play for three seasons (2016-18).

Jackson started all of his games in his first two seasons, and in 2017, he was named to the Pro Bowl on the strength of an eight-Sack year with an Approximate Value of 12.  He was a large part of a good defense that briefly had the nickname of “Sacksonville," and that year is what really landed him on this list.

He signed with the Philadelphia Eagles in 2019.