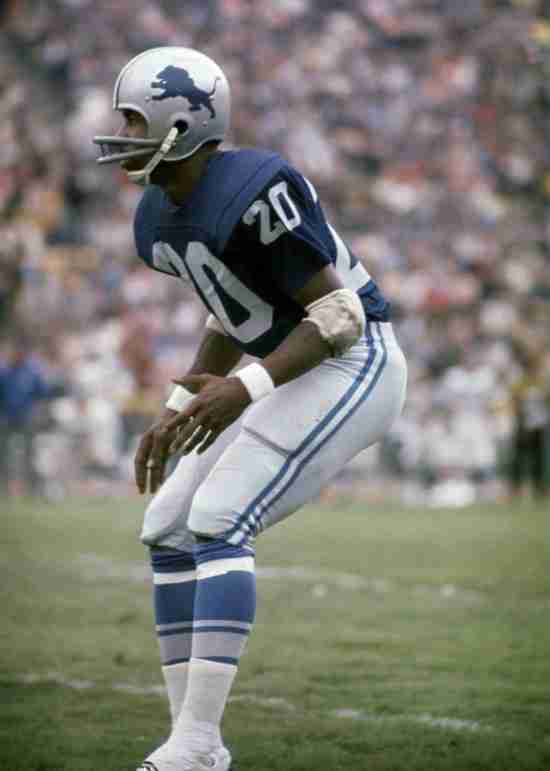 Coming out of Jackson State, Cornerback, Lem Barney made an immediate impact for the Lions winning the Defensive Rookie of the Year Award and leading the NFL in Interceptions.  He wouldn’t duplicate that feat as opposing offensive coordinators knew to avoid him like the plague but he was still a seven time Pro Bowler with 56 total picks and over 1,000 Interception Return Yards.  Barney was also a major asset on the return game.
Barney would enter the Hall of Fame in 1992.