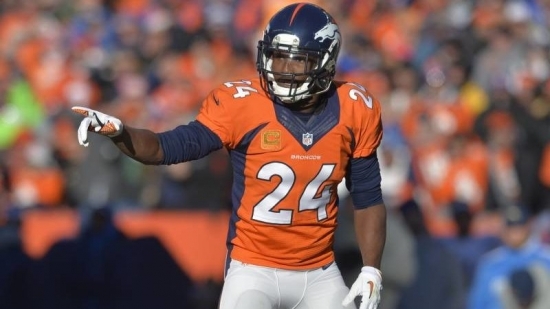 Champ Bailey began his professional football career with the Washington Redskins where the Cornerback was named to the Pro Bowl four of his five seasons there.  Bailey was franchise tagged and was permitted to seek a trade and one was surprisingly worked out for Running Back Clinton Portis of the Broncos.  The deal arguably worked better for the Broncos and definitely for Bailey whose best was yet to come.

In his first three years at Mile High (2004-06), he not only returned to the Pro Bowl but was named a First Team All-Pro each year and was the NFL leader in Interceptions and Interception Return Yards.  Bailey never was a First Team, but he was a Pro Bowl Selection five more times as a Bronco.

He was released after 2013, and after failing to land a spot with the New Orleans Saints, he retired.  The Cornerback would pick off opposing Quarterbacks 34 times.

Bailey entered the Pro Football Hall of Fame in 2019 in his first year of eligibility.