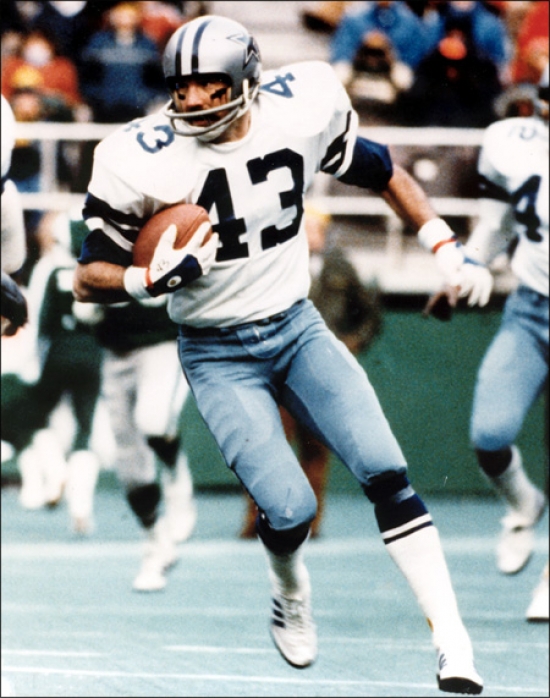 In 1970, the National Football League’s teams all passed on drafting Cliff Harris, the Safety from Ouachita Baptist.  The Cowboys invited him to training camp, and he was so impressive that not only did he make the team, but he won the starting Free Safety role.

In his first few seasons, Harris also acted as the team’s returner, but in 1974, he ascended to the upper-tier of Free Safeties.  From 1974 to 1979, Harris would be selected as a Pro Bowler, and in three of those seasons, he was a First Team All-Pro.  Harris would help Dallas win both Super Bowl VI and XII, and his entire career would be spent with the Cowboys, who he played with until 1979.  He would have 29 Interceptions over his career.

Harris would finally enter the Pro Football Hall of Fame in 2020 when he was chosen by the 100th Anniversary Centennial Committee.  Harris would also enter the Cowboys Ring of Honor in 2004.