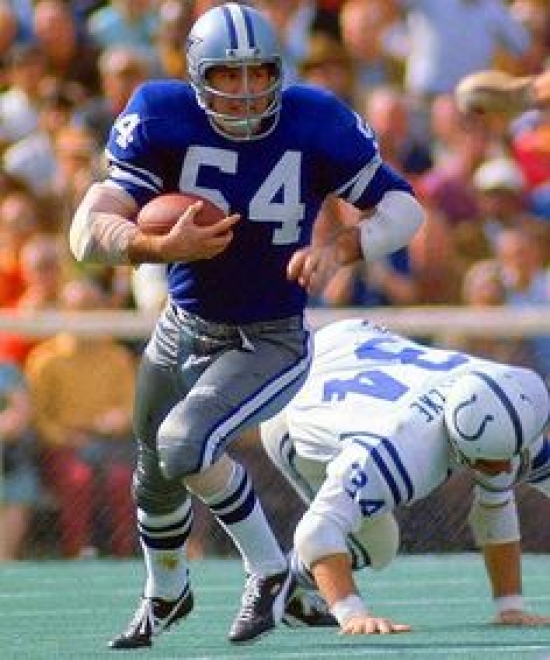 Perhaps one of the biggest snubs of the Pro Football Hall of Fame is Chuck Howley, though the beginning of his pro career did not make anyone think of greatness.

The promise was there, as the Chicago Bears drafted him seventh overall in 1958, but he had two lackluster years that were plagued with knee problems.  The Linebacker did not even play in 1960, and it was speculated that he would retire, but that he was dealt to Dallas, where his career took a 180.

Howley did well in his first two years, and after he moved to the weakside position, his play took off.  From 1965 to 1971, he was chosen for six of a possible seven Pro Bowls, and he was a First Team All-Pro annually from 1966 to 1970.  In Super Bowl V, Howley was incredible with two picks and a forced fumble, but Dallas lost.  For his efforts, Howley was named the MVP of Super Bowl V.  That may have been bittersweet, but Howley and the Cowboys would win Super Bowl VI.  He would retire in 1973, and over his Cowboys career, he would have 24 Interceptions with 17 Fumble Recoveries.

Howley entered the Cowboys Ring of Honor in 1977.