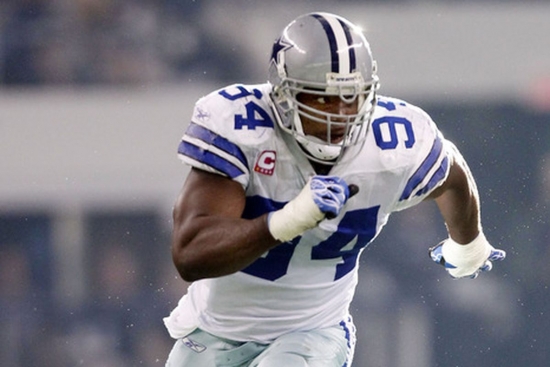 DeMarcus Ware was an instant defensive star for the Dallas Cowboys after being drafted 11th overall in 2005 out of Troy.

The Linebacker's second season in Dallas saw Ware earn his first of seven consecutive Pro Bowls, and in four of those seasons, he was chosen as a First Team All-Pro.  In that same time-frame, Ware would have double-digits in Sacks, and twice would lead the NFL in that statistic (2008 & 2010) and was in the top three on two other occasions.  In addition to his Sack Titles, Ware led the NFL three times in Tackles For Loss three times (2008, 2010 & 2011).  In his tenure in Dallas, Ware was easily among the best pass rushers in the game.

After being released in 2013, he would play three more years in Football with the Denver Broncos and would help them win the Super Bowl.

With Dallas, Ware would accrue 117.0 Sacks, which is the most in franchise history.