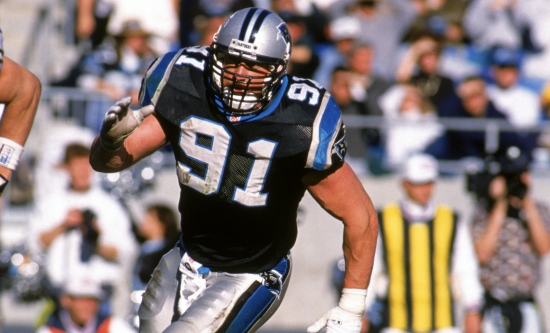 Kevin Greene was only a Carolina Panther for three seasons, but one could argue it was the accomplishments that he accumulated there that would put him over the tipping point to enter the Pro Football Hall of Fame in 2016.

Prior to arriving (the first time) to Carolina, Greene had already played 11 years in the NFL splitting his time with the Los Angeles Rams and Pittsburgh Steelers, and he had already gone to three Pro Bowls and secured two First Team All-Pro Selections.  He signed with the Panthers for their 1996 Season where he arguably had his best season winning the Defensive Player of the Year and would be chosen for his second First Team All-Pro.  Greene would lead the defensive corps that would surprisingly reach the NFC Championship.  The Linebacker would join the San Francisco 49ers the year after due to a contract dispute but he would rejoin Carolina for what would be his last two seasons in football and would have at least double-digit Sacks in those seasons.

Overall Greene would have 41.5 Quarterback Sacks in 47 Games with the Panthers.