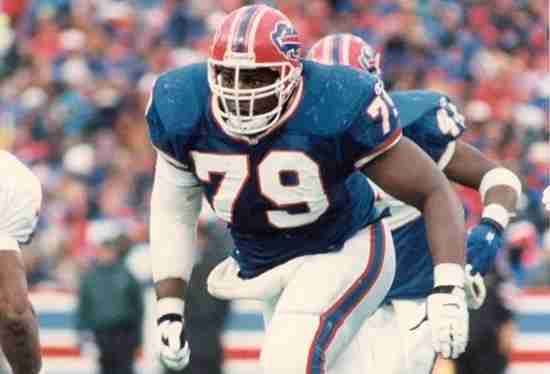 Ruben Brown played nine seasons for the Buffalo Bills and secured eight Pro Bowl invitations, a whopping percentage!  Brown, who would also be named to another Pro Bowl as a Chicago Bear would start all of his 136 Games Played as a Bill.  He would be chosen for the Second Team All-Pro roster four times and is arguably one of the most underappreciated players in NFL history.

This post is incorrect. Brown was drafted in 1995, which is after the four Super Bowl run. He was key to the late 1990s playoffs teams of Wade Phillips, though he also played the last few years of Marv's coaching career.

He is under-rated and worthy of HOF consideratio n. It hurts his case that he played across two decades because he doesn't have enough great seasons in either one to make a team of the decade.
Quote
Refresh comments list
RSS feed for comments to this post