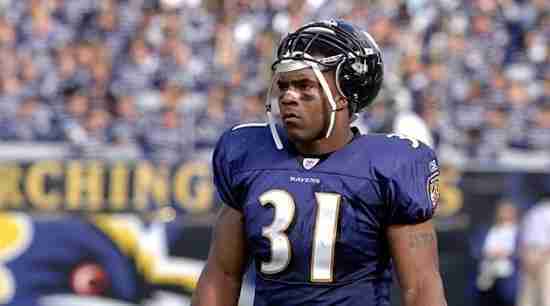 The current Ravens all-time leader in Rushing Yards played six seasons with the team where he exceeded the 1,000 Rushing Yard mark five times, one of which in 2003, saw him break 2,000 Yards. In that magical campaign, he was named the AP Offensive Player of the Year and was also the NFL Alumni Running Back of the Year.
While Lewis had many good seasons, it was only in 2003 where he would make the Pro Bowl.  Overall, he had 9,166 Yards From Scrimmage with 47 Touchdowns.